How to capture menus with Snip & Sketch on Windows 10

Snip & Sketch is replacing the Snipping tool on Windows 10. If you were to launch the Snipping tool now, you’d see a message at the bottom telling you to give this new tool a try. It’s a good tool but it doesn’t work quite the same way that the Snipping tool does. To that end, if you need to capture menus with Snip & Sketch you will find that they disappear when you open the app. There’s a very simple way to get around it. 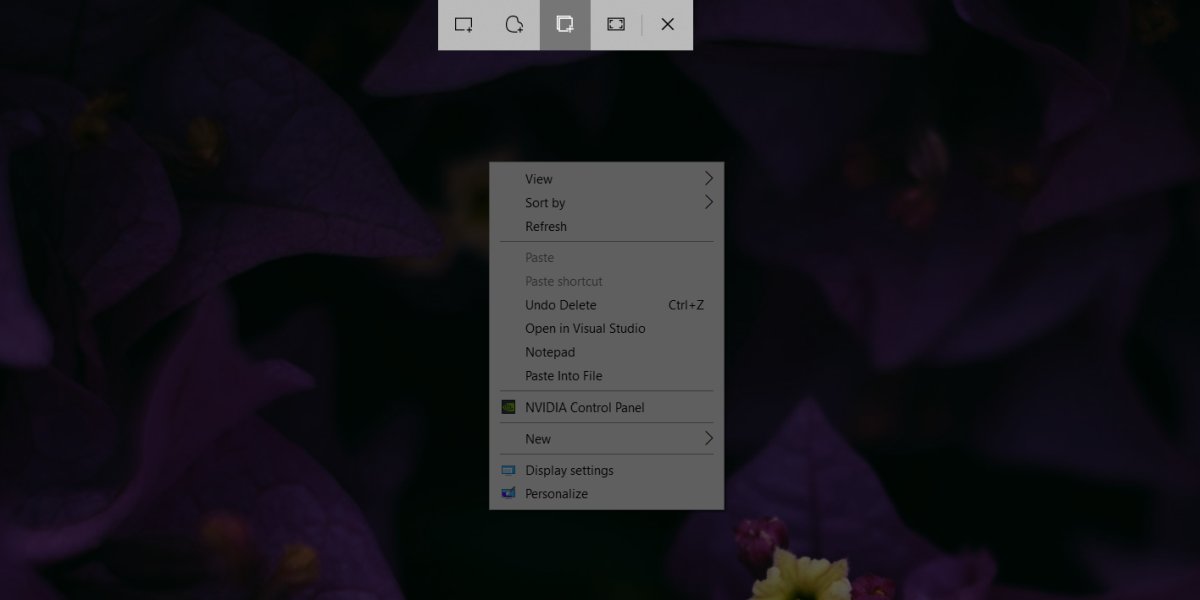 Once Snip & Sketch activates i.e., you see the screenshot selection bar at the top of your screen, everything on your screen is frozen, as is. What you need to do is have the bar appear when you already have the menus you want to capture open. You also do not want to tap any other keys after opening the menu because they will close. 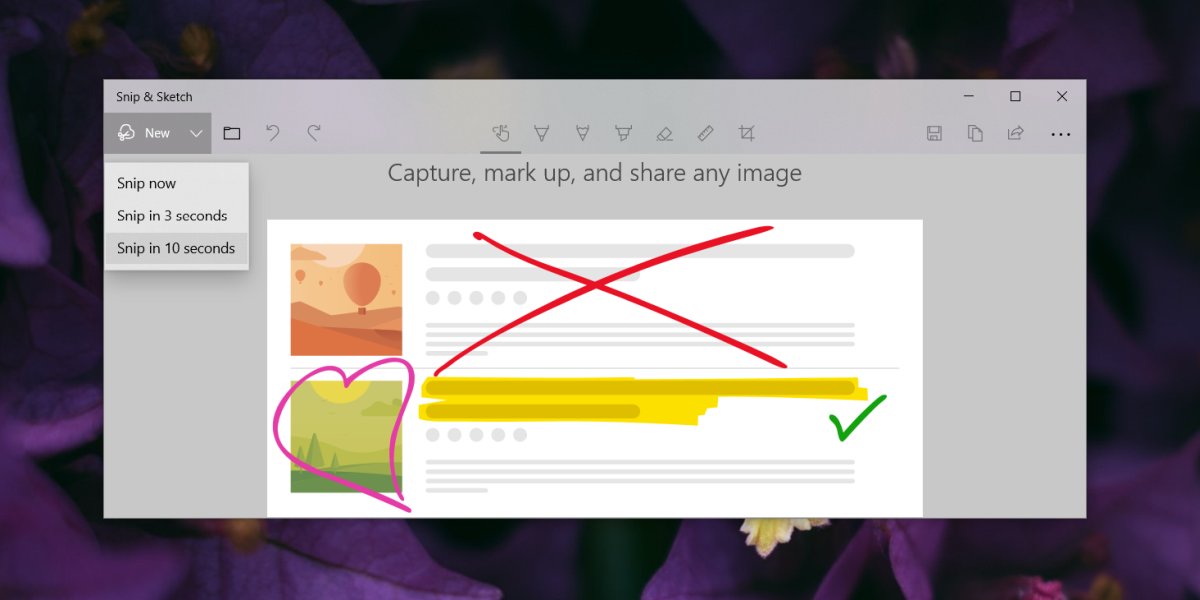 If you’re just looking to screenshot a menu on your screen, and you’re not particular about using Snip & Sketch, you can just use Win+PrntScrn. A screenshot of the entire screen will be captured and saved to a ‘Screenshots’ folder in your Pictures library. You can open it in Snip & Sketch if you want to use the app’s annotation tools. Open the app and use the Ctrl+O keyboard shortcut to get to the file selection box.

Need to capture the mouse cursor in a screenshot? Here’s how.