How to wrap the mouse across multiple monitors on Windows 10

Working with multiple monitors has its own set of problems, most of which a modern desktop will be able to cater to. Multiple monitor set-ups have been around for a long time but it’s only recently that support for them has improved on Windows. Windows 10 by far offers the best multi-monitor support of its predecessors but there are still gaps left for third-party tools to fill. If you have a multi-monitor setup, you might have occasionally lost your mouse. There are ways to find it but it might help if your mouse was able to wrap around the monitors.

A mouse that wraps around the corners or more precisely the edges will exit from one edge of the screen and reappear on the next even if the screen isn’t next to it. This makes it so that if your mouse is sitting at the edge, you can move it and it will eventually find its way back to the middle of the screen.

In order to wrap the mouse across monitors, you need a free and open-source app called LittleBigMouse. Download it from Github and install it. The app has an interface that suggests it’s going to manage the colors and orientation of your monitors but if you look at the bottom, you will see two options for looping it.

The horizontal loop is what you should use if your monitors sit next to each other in a traditional landscape layout. The vertical loop is what you should use if you have monitors sitting on top of each other in a portrait layout. You can use both too if you have a combination of the two layouts e.g., an L layout. Click the red play button to apply the change and your mouse will wrap around the edge of the screen. 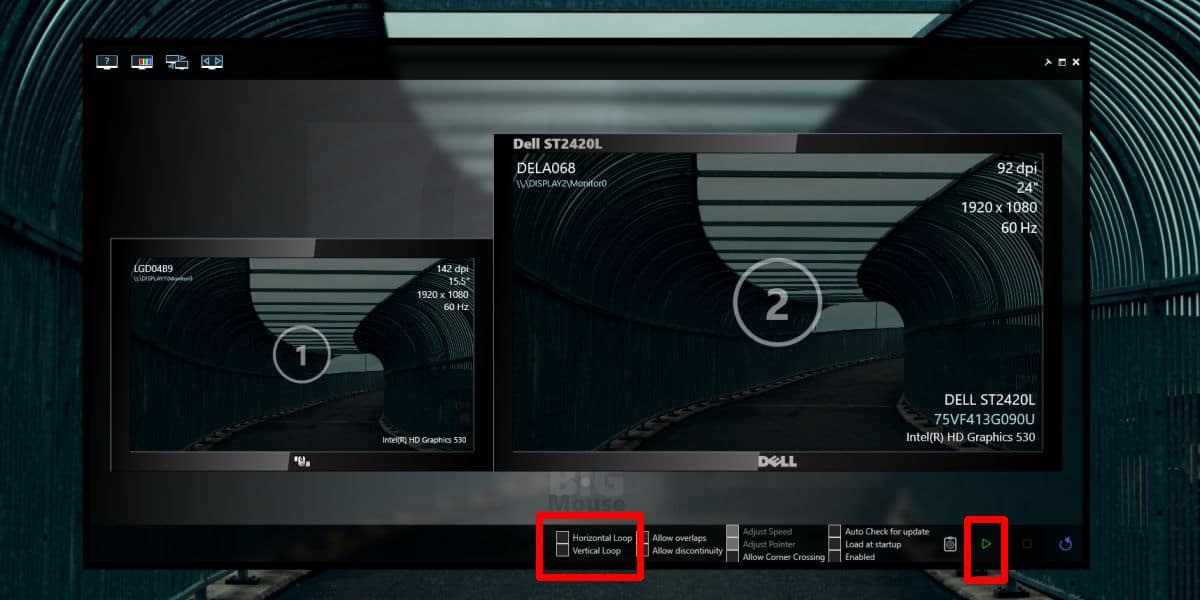 As for the app, you can minimize it to the system tray but the control for it is hiding really well. To send the app to the system tray, right-click its taskbar icon and select the ‘Close window’ option. The app will continue to run and your mouse will wrap as it should. 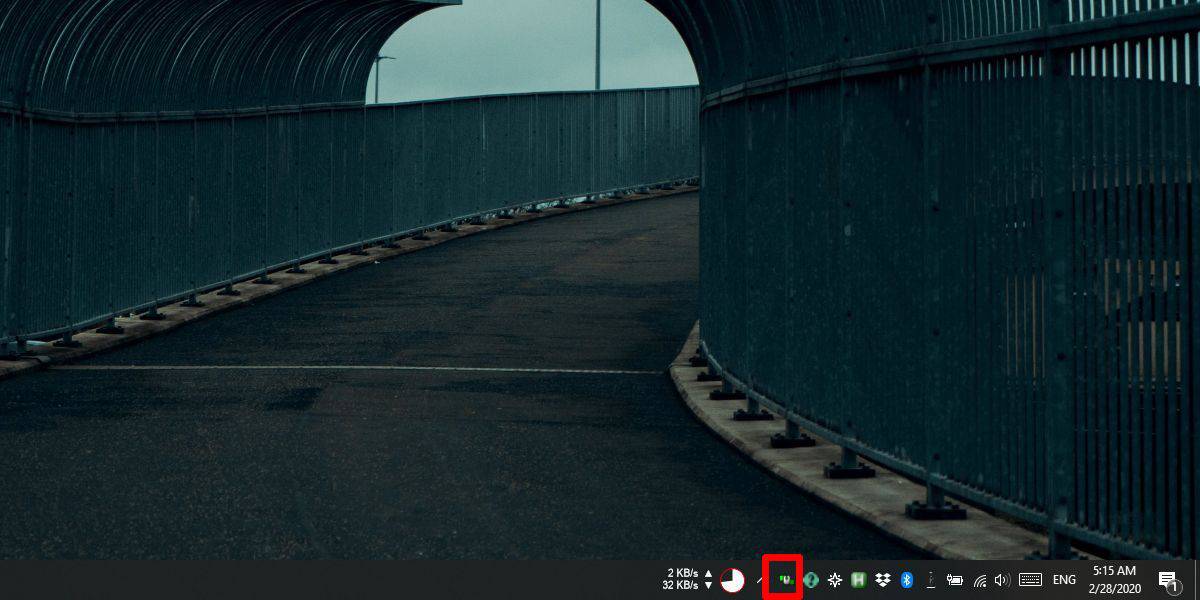 LittleBigMouse works but it seems to be a bit buggy so if the mouse doesn’t wrap, quit the app and run it again until it starts working. It took three tries to get it going but once it starts working, you hardly know the app is there. You can suspend the app without quitting it which can be useful if the wrapping feature interferes with gaming or something else.